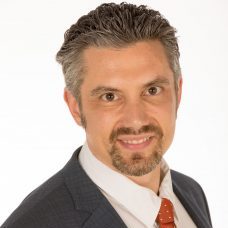 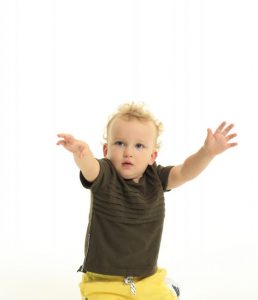 Hi world! I’m Simon, and this is my new blog.

The purpose of this blog is to share with you a bit about myself and what I’ve leaned through a lifetime of research and experimentation in the fields of personal development and experimental psychology.

Here’s a little background about me. I was trained as a lawyer and economist in Melbourne, Australia. I have worked in the corporate world as an investment banker and as a corporate lawyer.

I started getting interested in alternative therapies after being diagnosed with a brain tumour at age 27. It’s a long story and I’ll share it in the next blog post. The key is, that this diagnosis motivated me and shaped the rest of my life. Through trying to heal myself I experimented with multiple techniques and ultimately designed my own therapy, RPT.

I have lived in many countries, including England, Vanuatu and Russia. In 2016 I moved back to Australia with my Russian wife, Anastasia Rose, and our older son Eitan. In July 2016 our second son, David, was born in Melbourne. We still travel back to Russia to see our Russian family and to teach courses there.

My story and the development of RPT

My story is closely linked to the story of how Rose Method developed since I originally created RPT (and later Rose Method) to heal myself and fix what couldn’t be fixed by other healing techniques.

There are two key moments or “shocks” that influenced my story. They happened when I was 27 and 33.

When I was 27, I was diagnosed with a type of brain tumour. This was a such a shock for me because I was always regarded as “the healthy one.” I did yoga, worked out at the gym and I was a vegetarian. I thought I’m the least likely person to get sick!

I was already quite interested in personal development, particularly the Landmark programs that you may have heard of. I think that these personal development tools really helped me. I was able to process my shock and to make some very difficult and brave decisions. I decided to postpone surgery and explore alternative treatments. For almost six months I tried every treatment available – everything that was in Australia at the time.

I tried everything, from change of diet (fasting, vegan diet, etc), to emotional therapies (psychology, changing beliefs etc), energetic therapies (Reiki and QiGong) and purely spiritual therapies. Everything. And guess what? It didn’t work. I had the surgery in June 2004.

After the surgery I kept learning. I strongly believed that the causes of the tumour were emotional. In particular, I felt that a lot of the anger and trauma of my childhood had contributed. So I kept studying emotional healing therapies. There was one therapy in particular that interested me (let’s call it “Omega Healing” although that’s not the actual name). I thought this Omega had all the answers, so I quit my job as a lawyer, travelled to the USA and became a practitioner and trainer of “Omega.”

My life got better. I made a full recovery from surgery. I was strong and healthy. I got married (to my first wife). I was very successful, and perhaps even famous, as the most high profile Australian trainer of “Omega.”

In about 2008 I received shocking news from my doctor: the brain tumour had returned.

This second diagnosis was even more difficult for me than the first on in 2003. As you’ll recall from Part 1, the initial diagnosis was a shock because I’d looked and felt so healthy. But I realised that whilst I was physically healthy, I was emotionally not. I had not dealt with any emotional issues from my childhood and I was sure that this contributed to the tumour.

Fast forward five years: Not only was I was receiving regular therapy, but I was the most prominent teacher and advocate for “Omega healing” (not the real name). I 200% believed in Omega and talked about it all day every day. I believed that it worked: that it resolved emotional issues and healed people of their problems. I believed all the stories and mythology created by the founder of the technique. Even though my first tumour was healed by surgery rather than “magic,” I was convinced that my five year’s of therapy had healed all the underlying emotional wounds. I was convinced that the tumour had healed and wasn’t coming back. I really had staked my career and reputation on this belief.

The second diagnosis was in many ways the worst moment of my life. I was in many ways unprepared to deal with it. Accepting this diagnosis meant admitting something very difficult: that Omega was not as effective as I’d believed. And admitting this meant I could not go on teaching it. I couldn’t stand in front of my students and tell a lie. And so I had no choice but to quit my job that I’d loved so much.

In the year that followed I spoke to hundreds of students and trainers of Omega. I created a blog and connected with tens of thousands of other people around the world who had been affected by Omega. I leaned their stories and I realised that my situation is not unique. In fact I heard from two distinct kind of people:

There’s really no one in the middle – I didn’t find people who had been healed by Omega and stayed healed. I found people who CLAIMED that they’d stayed healed, but they were only the ones making money from the technique (the trainers who had invested too much for them to start telling the truth).

You’ll notice that I’ve not referred to Omega by its real name. There’s a simple reason for that: it’s not the worst and it’s not unique. This isn’t a criticism of that technique. This is my story, and I personally taught Omega. But what I leaned was this: the same bitter experience is true of virtually every single therapy and healing technique. As the doctors and medical establishment have been saying: “these people are selling snake oil.”

Google the word “healing” or “therapy” and you’ll find tens of thousands of different methodologies. Each has their followers. Each has testimonials saying how great it is. Each one claims to “work.”

But here’s what you won’t see: long-term success. You wont see the people who were healed 5, 10 or 20 years ago still healed. That’s because they’re not healed. It’s a bitter true (and I’m sure there’s a small number of lucky exceptions). But by and large, healing techniques that exist in the world today are not designed for long-term results.

The same way that McDonald’s meals are designed to give you rapid satiation so that you’re full and happy (but hungry again in a few hours), modern healing techniques are designed to give you a quick improvement in your sense of wellbeing. You feel better, happier, more youthful. You write loving testimonials and rave about your new “guru.” The healer profits. But a week, a month or perhaps a year later you’re back where you started.

Please don’t get me wrong – I’m not saying that healers are bad or malicious people. By far the vast majority of healers I have met were amazing souls with huge hearts. But they don’t know any better because they aren’t tracking long term results. They genuinely believe that they are helping people. And occasionally they do! But for the most part they are providing a palliative “band-aid.” A quick fix that doesn’t really solve the problem.

Not for nothing that we call New Age healing techniques the “McDonald’s of healing.”

In the next installment I’ll tell you what happened to my tumour, what I leaned from this and how I solved this problem of getting permanent results.

I’d love to hear from you. Please write in the comment section below. I do my best to answer all questions.

What is a “Bypass”? The most important concept in psychology explained for you